THE STARS ARE IN OUR EYES, EARS, ARMS AND LEGS. . . (or— OUTER SPACE AND INNER LIGHT)

" We are stardust, we are golden, we are billion year old carbon, and we got to get ourselves back to the garden " 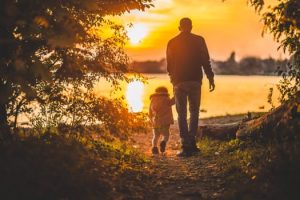 In the summer of 1969, Joni Mitchell’s manager advised her to forego performing at a “three days of peace and music” festival in New York State (so she could instead appear on the televised Dick Cavett Show). In the eponymous song saga she composed about what turned out to be a generation defining happening (as she sat in a hotel room watching news reports about it), she most effectively captured the spirit and significance of Woodstock.

A scientific study reported on earlier this year proves that her words are not only lyrically evocative but literally accurate.   The study also made obsolete part of the English lullaby children have been singing for hundreds of years: “Twinkle, twinkle, little star,” we no longer have to “wonder what you are.” 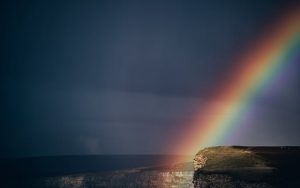 For that we can thank astronomers working at an observatory in New Mexico who surveyed more than 150,000 luminaries of the sky to determine their composition. They did so using spectroscopy, a process that splits the light emanating from stars (or the dust cloud ingredients for or remains of them) into spectra, or bands of colors (think detailed rainbows). The wavelengths of the light and the dips and density of brightness in the patterns and patches within the spectra identify individual chemicals and the amounts of each present. 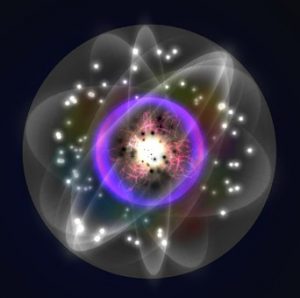 From their spectroscopic measurements the researchers determined that stars consist of hydrogen, oxygen, nitrogen, carbon, phosphorous and sulfur. As you may have learned in a bygone biology class, so do we! These, the most common elements in the world, the substance required for human life, account for 97 percent of all the atoms in our bodies. (Read more about the research here.  But how did that stardust become us?

I’m no physicist, but from a bit of online research I learned that the center of a star is essentially a nuclear furnace that fuses together atoms, then increasingly heavier molecules (remember the periodic table?), growing more and more dense–until it exhausts its fuel and reaches the end of its life, a spectacular end in the case of a supernova (explained in more detail here). 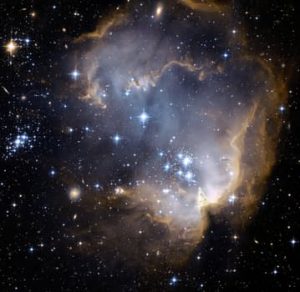 The explosion sends the elements that comprised it into space in huge clouds of cosmic dust that becomes everything in the universe, coalescing into planets–and, on Earth, people. In the words of astronomer Jill Tartar, “The iron in the hemoglobin molecules in the blood in your right hand came from a star that blew up eight billion years ago. The iron in your left hand came from another star“ and so on. (Cosmic dust continues to fall to Earth–tens of thousands of tons a year, floating into and through us, repeatedly rebuilding our bodies and providing that constant connection with the universe .) 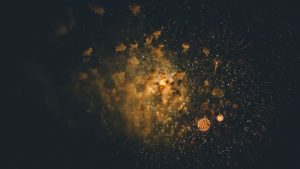 This process–an expulsion of material that has traveled through space and settled in the core of us–sounds strikingly similar to the one described in a brief midrash.* According to ancient sages, in the first attempt to create the universe the vessels that were supposed to hold light fundamental to life proved too weak. They shattered, forcefully hurling out their critical content. So, the sages explained, a bit of that light, an essential spark (the soul-making essence we might say), ended up residing in everyone on Earth. Forgive me for repeating from an earlier post this example of a *rabbinic story meant to elucidate a biblical occurrence, add depth to the original text or otherwise explain what’s going on between the lines of Torah, sometimes fancifully. It’s just too apropos to neglect here. 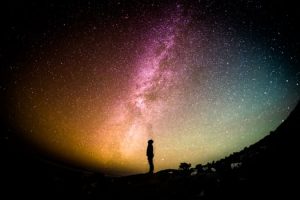 And is it mere fancy? Theologians and scientists have long contended that no conflict exists between the biblical creation story and the big bang theory. In his (in some quarters debunked but nevertheless thought-provoking) book The God Code Gregg Braden posits something deeper about the stuff of stars in our cells. He does so by connecting science (based in biology) and religion (using the Hebrew alphabet, mystical text, and gematria, an ancient numerology system for deriving meaning from scripture by assigning numbers to letters, words and phrases and finding relationships between those of identical values). 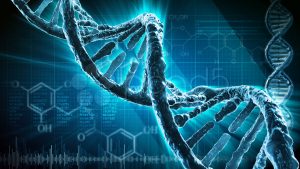 He starts with three of the elements identified by the astronomers as originating in stars: hydrogen, nitrogen and oxygen; later he adds in carbon. Combinations of the four form the DNA in our every cell, the blueprints for our existence. Then he converts them to their Hebrew equivalents, calculates their numeric values and concludes that they spell the Hebrew letters forming the unpronounceable name of God (represented by the Hebrew letters Yud Hay Vov Hay and rendered in English YHVH).   In other words, he maintains, our bodies contain, over and over programmed into every cell something Divine. Just like that spark. (The calculations supposedly work in Arabic as well.) 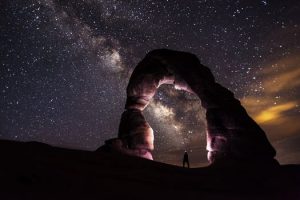 Whatever your concept of The Divine, whether you find Braden’s thesis spiritually stimulating or pseudo-scientific, his underlying message and purpose align with those of scientists who emphasize the implications of our common origins in stardust. At our most basic, forming the bulk of our physical beings, DNA originating in stellar progenitors unites us. Proof of our universal bonds transcending time, geography, ethnicity and ideology should guide us to overcome the relatively insignificant biological differences–and by extension the artificially created differences–between us. 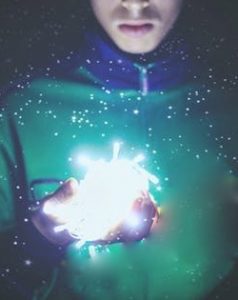 The astrophysicist and author Neil deGrasse Tyson beautifully notes the “spectacular truth. . .that your DNA has known all along. . . . This is why, when you stand outside under a moonless, country sky, you feel some ineffable tugging at your innards.  We are star stuff. Keep looking up.”

The ancient sages would also have us looking within. The coda to the broken vessels story tells us our job: to find ways to fan, reveal and release those soulful sparks in ourselves and all around us. After all, as author Pam Munoz wrote, “We are all made of stardust. We were always meant to shine.”