THE HOLIDAY SEASON, GOOD WILL AND CIVILITY

"Darkness cannot drive out darkness: only light can do that. " 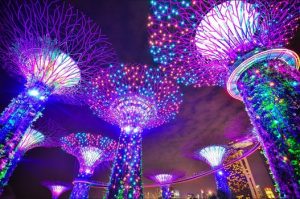 During the days surrounding the darkest of the year, people in various faith and cultural communities throughout the world experience a glorious season of light: glowing public decorations, sky lanterns, bonfires, blazing Chanukah and Kwanzaa candelabras, Advent Wreath tapers lit in anticipation of Christmas. . . .

In religious traditions, the luminescence from flames dancing above oil lamps and candles signifies God’s presence in the world.   The light beckons us to focus on how we are supposed to treat others and to express the best instincts of humanity: goodness, kindness, tolerance, charity, freedom, peace. . . 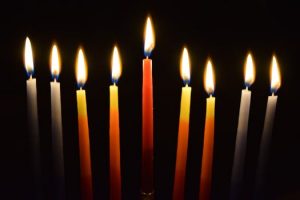 Have we ever needed the reminder as much as we do now?  I hope I’m not dampening anyone’s ho-ho-holiday spirit in mentioning the obvious: who could describe our current social climate as exemplifying good will toward all?  In place of tolerance we trash talk.  Instead of affording dignity to those who don’t share our views we demonize them.  Rather than listening in order to learn and be able to evaluate based on fact, we accept (if not spread) vicious lies to support ideological biases. 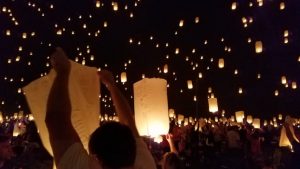 And, for this paltry state of affairs, before anyone feels a knee twitching to jerk in condemnation of a political movement, party or its representative, let’s acknowledge that civility has been tumbling toward its current nadir for several decades, at least.  A modern primer by P.M. Forni (Choosing Civility), Os Guinness’ The Case for Civility and Why Our Future Depends on It, a Psychology Today article titled “Teaching Civility in an F-Word Society” and establishment of the National Institute on Civil Discourse –just a few examples–all pre-date 2016 by many years. 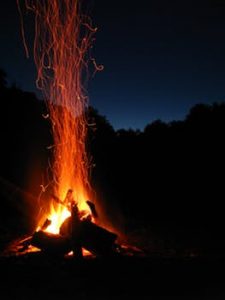 According to the 2017 edition of the nationwide survey “Civility in America” conducted annually since 2010, 75% of Americans spanning the spectrum of political affiliation not only believe we have a major civility problem but that it has reached crisis levels.  Amazingly, 94% of respondents said they always or usually act civil and are respectful of others.  (Imagine how different our social/cultural/political environment would be if that were true!)  Are we so oblivious to our own complicity in creating the toxicity, or has the threshold of appropriate and acceptable behavior fallen so low we don’t recognize incivility when we see–or perpetuate–it?

From the earliest days of our nation–through bruising rancor, foul debates, libelous pamphlets, and worse–our founders recognized the threat incivility presented to the survival of the republic and our democracy.  Many spoke and wrote against it.  John Adams, for one, lamented the noise, meanness, ignorance and “small hearts” among legislators.  To a friend he wrote, “There must be decency and respect and veneration introduced for persons of every rank or we are undone.”  Much venomous discourse, a duel between rivals, Civil War (an oxymoron?) several assassinations and continual erosion of social graces, coarsening of communication and heightened political partisanship and here we are. Instead of best instincts, we seem to have reverted to tribal instincts–and not the cooperation kind.

Just as we “need to be carefully taught to hate and fear” we need to be carefully, concretely, taught the values of our nation, to behave decently and respectfully to others in all settings and situations, the reasons for practicing civility and the dangers of not doing so.  (We know too well how the reduction of individuals to hateful attributed characteristics causes societal breakdown and results in atrocity.) 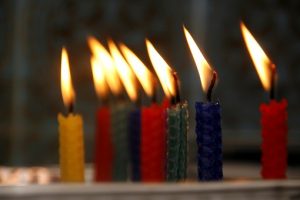 Which brings us back to just-ended Chanukah.  The word naming the holiday (which means “dedication” in Hebrew, as in dedication of the Temple in Jerusalem after it had been defiled by the Hellenists) shares the same root as the word chinuch, which means education; specifically values/moral education.  In the century before the Common Era, one of the greatest Jewish sages, Rabbi Hillel, condensed the essence of Jewish belief and teaching into one sentence:  “Do not do to others that which is hateful to you.”  (People throughout the world  know the ethic as The Golden Rule, stated [in slightly different wording] in the Gospel–meaning Christian teaching–of Matthew.  But where do you think the follower of Jesus, a Jewish rabbi [which means teacher] got it?)  The National Civility Foundation uses it as a theme.  And while promoting (vain) legislation to create the National Day of Civility this past summer (following the shooting of Majority Whip Steve Scalise during baseball practice simply because of his political affiliation), members of the House of Representatives handed out wristbands carrying the message “Practice the Golden Rule Every Day.” 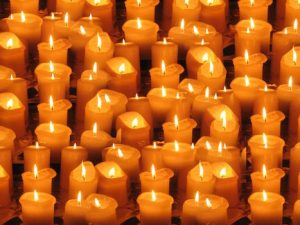 Can there be a more important way of “turning on the light for students” than civics and civility education?  In the coming months, I hope to explore additional thoughts on the subject.

In the meantime, what if every time we looked at a holiday candle or bulb we remembered what light represents and made a conscious effort to address another person with kindness, refrained from an uncivil thought or utterance, expressed a bit of good will toward others, in whatever small way tried to live up to our best instincts?  What if we greeted each other with the thought, if not the word, I had until recently recognized only as a closing salutation at the end of yoga sessions: namaste. 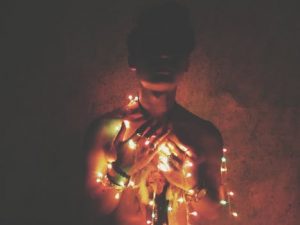 Perhaps I’m slow on the uptake.  I understood it as a wish of calm or peace or balance, or a gesture of respect.  Following yoga, it indeed indicates appreciation and esteem, mutually between teacher and student.  But, more striking to me when I recently happened upon an explanation, exchanged between people greeting each other, the Hindi word means “the light in me bows to the light in you.”  How spectacular! Could one fail to have a civil exchange following such profound recognition?

May the light and joy of this season fill your heart and envelop your world all the days of the new year. 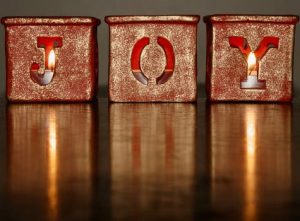