"We cannot hold a torch to light another’s path without brightening our own." 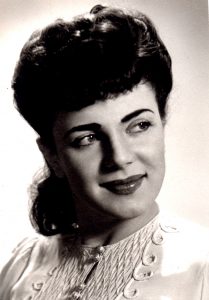 When Rosi Schotz first approached me about writing her life story, I knew her only as a sartorially eccentric older member of our congregation. Always pleasant, to be sure, she was a regular challenge to my perpetual new year’s pledge to refrain from too quickly judging others. Frankly, I didn’t want to get involved. But nothing I brought up during her weeks-long insistent, if gentle, pursuit convinced her I wasn’t her best choice. Eventually her charm wore me down–that and the enticing biographical details she oh-so-casually dropped, like morsels tempting me toward a lavish feast: the upper-class life in Vienna; a mad love that began when she was thirteen; her father’s arrest; dramatic escape from the Nazis; a three-continent unrequited romance; her Columbia Records hit. . .

All right, all right, I agreed to listen, no commitments.

I discovered that Rosi does, indeed, have a story worth hearing, a love story that isn’t a romance, a tale of survival that isn’t solely focused on the Holocaust. It is one she was eager to share out of the desire to encourage older women, others like her who perhaps had not fully realized themselves until late in life–even though telling it meant revealing the truth behind an image she had zealously guarded for more than half a century. 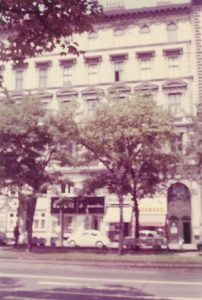 33 Schottenring, from whose second story windows Rosi watched the Nazis parade into Vienna

So we set to work on what would become a book. Perhaps I should have begun blogging then, during the process of sorting through Rosi’s stories and sentiments to make sense of the progression of her experience. As with tangled remains of yarn balls and thread spools long ago thrown together in crowded storage, pulling on one strand led to tangents–colorful but disorganized. And although Rosi retained sharp memories and vividly relayed them, what she often couldn’t do was put events in temporal context. As a child of privilege for whom everything had been provided and arranged–she “just had to get dressed and show up”–practical details had never registered in her recollections. (To give you an idea of how sheltered and pampered her existence, when she saw, literally beneath her apartment windows, the Nazis marching into Vienna after the Anschluss [Germany’s annexation of Austria] her biggest concern was that someone might brazenly spit at her.)

So I often had to augment our interviews with research to determine or verify historical developments–which in addition to expanding my knowledge led to some fortunate discoveries. For instance, I had not previously understood how the chief executioner of the Final Solution, Adolf Eichmann himself, had encountered my dear friend Rebbetzen Paula Rivkin z”l (of blessed memory) as a young child and allowed her to live. He had, she told me, commented on her blond blue-eyed Aryan beauty. On checking a sequence of events, I learned that prior to the outbreak of war, to expedite expulsion the Nazis established the Central Agency for Jewish Emigration in Vienna, headed by Eichmann. It was there that Austrian Jews went to obtain exit visas–where Paula’s parents secured her access to the kindertransport (the rescue of children from Nazi lands to England), and which later refused papers to Rosi.

Had I been blogging earlier, I could have chronicled what emerged as we pieced things together: Rosi’s struggle to understand her path while revealing it.   And that the two of us, despite differences in generation and geographic, social and historic influences, shared an amazing emotional affinity. There were many unexpected parallels in our psychological make up and specific experiences. It turned out that while accompanying Rosi in examining her life, illumination fell on my own. 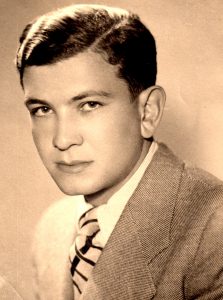 The man of Rosi’s dreams

When I completed the book, perhaps I should have blogged about “my adventures in publishing”, an ultimately unsuccessful close-but-no-cigar effort. Periodically, I would try again with new lists of publishing houses and agents, but also moved on to other projects and, honestly, after the last round of queries, thought I had exhausted the options. (Or perhaps I was just exhausted by the protracted and sometimes punishing process).

A few months ago my dear friend Caren Neile, author, writing instructor, critic- and encourager-in-chief and so much more, who commiserated with (and advised) me during the writing process and was one of the first people to read the manuscript and champion it as publication worthy, said, on hearing that Rosi would turn 100 in 2017, “You’re not done with her yet. That book should be published!” She suggested I start a blog, perhaps “The Rosi Project.” Like other suggestions involving public revelation, this one made me cringe.

But, obviously, I acceded, if reluctantly–at least to the idea of a blog–mostly because I feel a responsibility to Rosi. It is in some ways a burden to be entrusted with the essence of another’s life. It is a privilege, of course, but also a burden. You become the off-site back-up storage, if you will, protection for the inevitable loss of the original; you become part of the chain of memory that carries a person, his or her accomplishments and values into the future, into immortality.   You are 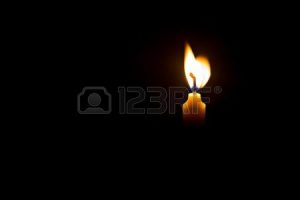 Rosi is certainly one of those people who, through example and actions, has lived an illuminating life, demonstrating key lessons to others.  While I intend to bring more about this inspiring woman to light in future posts, when considering Caren’s urging, I decided to extend the focus beyond one individual (or one author’s struggles), to other people and efforts that illuminate our existence.