"To shine your brightest light is to be who you truly are." 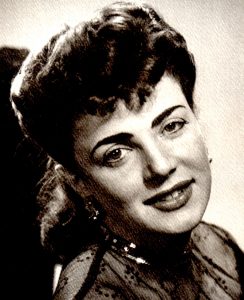 In her 80s, Rose Schotz unexpectedly emerged from a mysterious weeks-long illness that had brought her close to death (and sometimes begging for it). She had already survived the Nazis, two bouts with cancer, profound personal devastation, and the husband who gave her a marriage as damaging as it was deeply disappointing.

That husband had repeatedly pronounced her incapable of continuing without him (even suggesting close to his own end that they terminate their lives together). Yet following her post-sickness rehabilitation, Rosi surprised no one more than herself when she stood on her own two feet–literally and emotionally–and walked forward to greet a visitor. The triumphant and defiant act proved her husband woefully mistaken. But she was no less so, having never recognized the strength she possessed. (Her endurance alone should have long before convinced her of it, if not for the persistent negative messages dominating her head since childhood.) 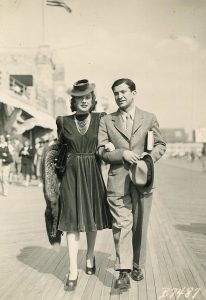 Starting her marriage with great expectations

The awakening jolted Rosi into wondering what else her husband had gotten wrong and, more concerning, all she had misjudged despite years of studying psychology, being (as described by a friend) unusually introspective, always questioning herself and dissecting relationships. Perhaps she had not before wanted to stare it in the face, but she was finally ready and determined to discover the truth, however unpleasant at times.   And so she came to realize–and fully appreciate–herself, and entered her nineties gloriously, surprisingly content.

More than content. With the enthusiasm of a child excited about the smallest discovery, the silliest oddity or simplest pleasure, she expressed bounding happiness to every caller and (occasional) visitor: “Hello, darling! How are you?!” To inquiries about her state, she laughingly replied, “How am I? I’m old!” obviously thrilled to be so. (And, still viewing the world with a child’s sense of wonder, she looked forward to growing older yet, living at least another decade–and now she has.) 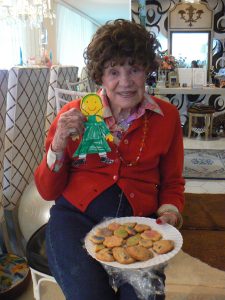 At close to 90, Rosi was still helping students–here with a “Flat Stanley” project–and enjoying her favorite sweets

For perhaps the first time in her life, she felt unreservedly proud of having remained–through all she had suffered–true to her idealistic, romantic, loving nature. After consistently striving to better herself and help friends, acquaintances and students better themselves, no longer hiding (even unwittingly) from honest assessment and released from self-imposed constraints, she wanted her story told. Not from any vain desire to be known–her European reserve died hard–but in the spirit of encouraging other women who might see, and learn, something of themselves in her struggles. (She was gratified to learn early readers of the manuscript did).

Her story had not reached its intended audience when my friend Caren happened to ask about Rosi several months ago. The fact that she would soon become a member of the centennial club prompted Caren’s urging–and the impetus–for this blog (fully explained in an earlier post, “Casting a Broad Light”; find more in the Essence of Rose Toward Days End entry under the Written Works tab above). 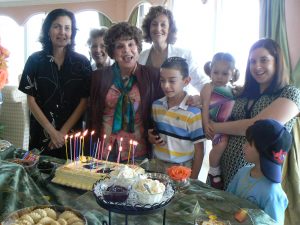 With friends of all ages at her last major birthday celebration

On birthdays Jews customarily say ad maya v’esreem–to one hundred and twenty. The number, considered the upper limit of a human life, references the age attained by Moses, the prophet who led the Israelite slaves from Egypt and was the only individual in the Bible said to have conversed with God face to (hidden) face. A common response I hear, especially from people of already advanced age, amounts to “thanks but no thanks.” (Just as I’m writing this post, I receive from a friend a link to a Smithsonian.com article by Elmo Keep, about increasing human mortality even further–by many multiples! He notes that according to a 2013 Pew Research Center study 56 percent of Americans asked would not use technologies allowing them to live to 120 or beyond.) No one looks forward to the inconveniences and indignities underlying the observation that “aging ain’t for sissies.” Even worse is the thought of living without dear friends. (A couple in their 80s I know went to three funerals of close friends this week alone.) 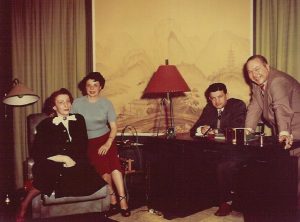 With Hannah Czeczowiczka, lifelong friend from school days (and before Rosi learned she was one of the wealthiest girls in Europe), and Egon Haas (right), her rescuer, who remained a close family friend until his death

Rosi never expressed that concern to me. And she knows the sentiment. Between the three most significant female friendships of her life she experienced long stretches of loneliness–one that lasted years after her arrival in America, a time of tremendous emotional turmoil. Not that she lacked companionship–professional colleagues, tennis partners, and broad circle of acquaintances helped her maintain an active social calendar.   But we know that is not the same as the friend who “is your needs answered,” in Khalil Gibran’s words. Finally developing a deep salving relationship here turned on a light that made her realize how dark her existence had been.

Perhaps having experienced it immunizes her now.   That and her ability to retreat into a rich inner life where she can conjure absent friends and replay favorite experiences. They remain with her also in the array of mementoes surrounding her, photographs, cards and letters, souvenirs of milestone occasions, magazine articles about her acclaimed niece and newspaper clippings reporting on former friends, handworks created by her mother and the mother of the man who rescued her from Europe, the Columbia Records phonograph album featuring the song she composed. . . textured multi-layered memorabilia of her decades providing evidence of goodness and elevating encouragement, of people forever dear, encounters cherished—an abundant accumulation of reasons to be grateful.   She counts her blessings. 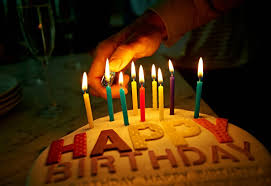 You may have seen (in card racks, if not in envelopes addressed to you) greeting cards mocking the recipient’s age with warnings about igniting a large number of candles (possibly involving fire department intervention). But if you have lived a good and full life, the flames from all those candles represent not a blaze of destruction but a vast swath of brightness created because you exist.  A gifted and acclaimed educator, spiritually generous friend, admired inspiration and respected role model, Rosi certainly lit up the world of her students, colleagues and dearest intimates.   The fact that she is one of a dwindling number of Holocaust survivors adds significance to her longevity, and reason to celebrate it.   And her journey is not yet complete.