ENFLAMING THE EDUCATION OF A CHILD

"Education is not the filling of a pail but the lighting of a fire." 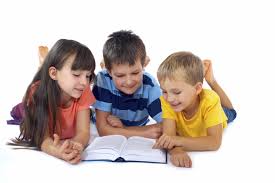 In the days leading up to the kick off of National Child Abuse Prevention Month (April), I was given the opportunity to view the trailer for a chilling documentary in production. It focuses on a form of child abuse that warrants sounding of the loudest alarms yet receives too little attention. Presenting stories of children actively radicalized by Islamic groups worldwide, it includes sickening images of children as young as five being taught to hate, lynch, behead and bomb, and actually carrying out heinous executions. 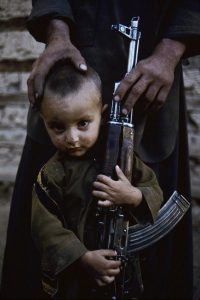 Learning to destroy: “You’ve got to be taught to hate. . .carefully taught,” as the song from the musical SOUTH PACIFIC puts it

KiDS Inside the Terror Factory is the latest of awareness-raising films developed by The Clarion Project, the non-profit dedicated to bringing to light the very real dangers of Islamism in America (note that I wrote Islamism, not Islam, not Muslims). Clarion also empowers moderate Muslims around the globe and regularly briefs our government’s security agencies about developments and active threats in this country.

The issue they address this time is a serious humanitarian one: extremists’ indoctrination of diminutive radicals-in-the-making to the most brutal beliefs and behaviors, robbing them of innocence, childhood and knowledge beyond a vile constricting ideology. As a result, the children become hateful, introverted, vengeful and ill-equipped for more than terrorism. (I apologize that I cannot now locate and properly cite the article I recently read, by someone required to view ISIS videos as part of his job. Over several months, he recognized troubling changes in himself. Increasingly irritable, then angry, he decided to stop looking at the damaging images. Think about the effect on young minds of not just looking at carnage, but actually inflicting it.) 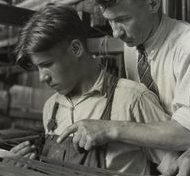 Learning to create: “Of such importance is early training,” said the ancient Roman poet Virgil

Sadly, we have heard and read about child soldiers before, during civil wars in the Democratic Republic of Congo and in Sierra Leone and Sudan. Those young people were abducted from their homes and forced into rebel armies, presumably after having received some level of instruction in the cultural/religious standards of their societies. During training, their (good) senses had to be dulled with alcohol and hallucinogenic drugs. In the case of Islamism, children are being raised from birth to despise and seek to destroy those who don’t agree with their barbaric view of life; they have never known anything else. 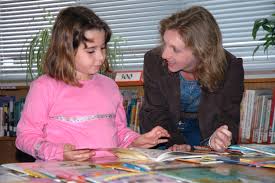 According to The Clarion Project, this is one of the greatest unreported human rights violations in the world, a breach of the United Nations’ Convention on the Rights of the Child no less severe than emotional and physical child abuse. Actually, it is both. And more: denial of the basic human right to an education, not an education desecrating every norm of decency and humanity, but an education as the foundation of freedom and progress for every individual, every society and the world. 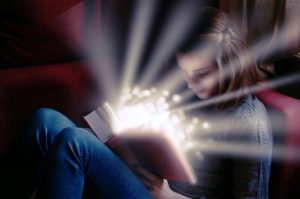 I could fill this space with an elucidating collection of quotes from statesmen, authors, philosophers and religious leaders going back to the Old Testament, leaders who eloquently and pithily observed the merits and necessity of education (and that would certainly make my task easier). They wrote of education as mind opener, bridge builder, catastrophe preventer, values transmitter, life preserver, insight supplier, savagery eliminator, and soul refiner. It is (said both Mandela [Nelson] and Malala [Yousafzai, the Pakistani activist for female education the Taliban attempted to murder at age 15] the most powerful weapon for positive change; it is the best means of protecting children against abuse.

And it will be the subject of national recognition this Friday (April 7), a positive bookend to my distressing introduction to the month-long focus on children’s welfare. In 1978 a joint Congressional resolution established Education and Sharing Day in honor of Rabbi Menachem Mendel Schneerson, the last head of the Lubavitch Chabad movement (a sect of Judaism) known as the Rebbe. He devoted himself to education and promotion of social service and humanitarian aid across religious and geographical divides. 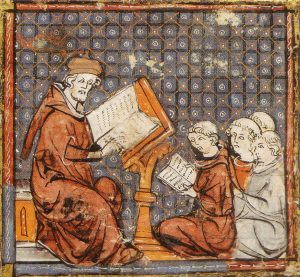 In inaugurating the Day (always scheduled on his Hebrew birthday, 11 Nisan on the Jewish calendar) with a speech titled “Education is the Cornerstone of Humanity,” Rabbi Schneerson said, “The education system must pay more attention, indeed the main attention, to the building of character, with emphasis on moral and ethical values. (Need one be reminded of what happened in our lifetime in a country that ranked among the foremost in science, technology, philosophy, etc.?) . . . . Education must put greater emphasis on the promotion of fundamental human rights and obligations of justice and morality, which are the basis of any human society, if it is to be truly human and not turn into a jungle.

“Ideally, education should lead to a world state where ‘Nation shall not lift up sword against Nation, neither shall they train for war.’”

Could his message stand in greater contradistinction to the aims of Islamic extremism? 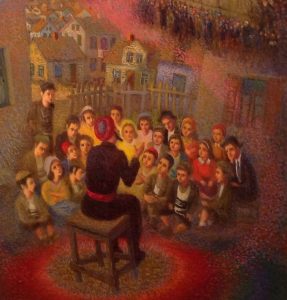 When a fire is lit in the education of a child (per Yeats), it should not be from a suicide vest, an IED (improvised explosive device) or bomb, but the result of understanding, inspiration, and passion for greater learning; it should not be a brief (and loud) flash amidst the darkness of brutality, but a lasting burn obliterating ignorance. Education makes the difference not only between savagery and soulfulness, but between stagnation (or worse, regression) and achieving one’s potential.

Rabbi Schneerson spoke to this point on another occasion, during a conversation with the late Israeli diplomat, government advisor and writer Yehuda Avner. I think I originally read it in Avner’s fabulous The Prime Ministers.    Just as Education and Sharing Day is a national non-sectarian recognition of education’s crucial role in civilized society, you don’t have to be Jewish to appreciate the message; although the Rebbe referred to Torah (Bible) learning, you can read his words as applicable to learning in general. 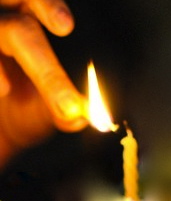 “Imagine that you’re looking at a candle,” the Rebbe instructed. “What you’re really seeing is a lump of wax with a thread down its middle. So when do the thread and wax become a candle? Or, in other words, when do they fulfill the purpose for which they were created? When you put a flame to the thread, then the candle becomes a candle. The wax is the body, and the wick the soul. I ignite the soul with the fire of Torah [which means teaching] and a person will then fulfill the purpose for which he or she was created.”

Good education should ignite every child’s wick–or, as the Rebbe suggested to Avner about the spark that would release his potential–provide the child with the match.